After graduating from Purdue University in 1972, he has been active in both community mental health, the private practice of psychology, and teaching, coaching and writing for over 35 years. He has received advanced specialized training in marriage therapy and couples counseling at the Gottman Institute in Seattle, Washington, The Couples Institute in Menlo Park, California (online training), The PACT institute in Los Angeles, California. and the Doherty Discernment Counseling Program in Minnesota.

My Approach to Couples Issues

Many times couples enter marriage therapy with different agendas. Often one wants the relationship to continue while the other is not sure. With such couples, before starting intense couples or marriage therapy, I believe it essential that both partners see potential value and benefit in going through therapy before actually starting it. This discernment process helps clarify things and greatly increases the chance of success with actual marriage therapy, if couples choose that path. Both being committed to really trying to save the marriage within a certain time frame puts everybody on the same team, working toward the same goal.

Once in marital or couples therapy itself, I focus on helping partners learn how to “read” and understand each other in real-time (during the session) rather than just talking about how their week went or conflicts they have had in the past. I have learned through many years of experience that merely talking about problems does not necessarily solve them.

It is how you perceive (see) the issues and how you communicate about them that makes the difference. I believe that most therapeutic change occurs in the session itself, so we focus on the here-and-now. In therapy, we work on helping each partner understand the effect they are having on the other one and on the relationship itself while trying to resolve an issue.

I also believe recent research that shows that 69% of issues faced by couples are “perpetual” in that they have always been there and probably will remain there. Yet, you chose each other for a reason, despite all the incompatibilities. Part of the reason some issues are “perpetual” is because they are “hard-wired” into parts of the brain as children.

This means that some things partners do or believe are not easily changeable-if changeable at all. In couples therapy, I help partners find a way to perceive and understand these things differently (so they are not so upsetting). Successful couples learn how to live with each other around these perpetual issues rather than trying to change each other.

In my view, the goal of couples therapy is to build a secure relationship between partners wherein you feel you are in a “bubble” with each other, you prioritize the relationship, and you have each other’s back. I teach you to have an attitude that you are under each other’s care and as such have a responsibility to always try to satisfy each other’s needs in a way that feels fair and equal. 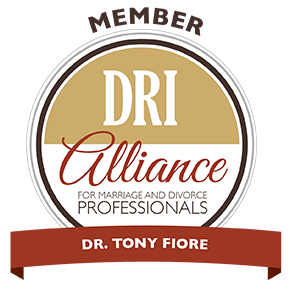